Right now, people come to Assisi and it’s beautiful and there’s a spiritual ambiance. It was a very violent place in their lifetime. There was civil tension, armed resistance between lower and upper classes. There were armed struggles between the various cities that were basically city-states. And to call for peace was truly counter-cultural. It was even a little dangerous. You would be seen as a complete outsider. Even maybe a certifiably unbalanced person. So he was calling for peace; he understood that everything created is related. And while he wouldn’t be able to put all the scientific or theological terminology around that that we do today, in a way, he had the instinct of a poet or a musician about that. And he expressed that in poetry and music.

So when we see ourselves in the papacy of one who realizes those are the hungers of the human heart right now. And then he, Pope Francis, uses the power of his voice to lift up those very same themes, but now, in a 21st Century context, and to illuminate those themes with an understanding of what’s going on the political sphere, in the cultural sphere, in the domestic sphere, it’s extraordinary — because it’s as if suddenly eight centuries collapsed, and we have two men named Francis inviting us. I would say it’s reiterating in the sense that you compare writings of Francis and writings of Pope Francis. But Pope Francis is extending and actually shedding enormous light on those earliest inspirations of Francis of Assisi by demonstrating how in our time we can understand the dynamic of peacemaking.

For example, in Fratelli tutti, when he describes the process of reconciliation, that chapter, it should be a handbook for every person working in a setting of conflict. It’s not simply a spiritual bromide; he created a curriculum — what are the stages of reconciliation? And so I think that Francis can be in a sense a sort of patron or inspiration. Francis of Rome is giving us a handbook that says “I’m not just inviting you with a sermon; I’m trying to give some guidance and leadership to be concretized in the setting of whether it’s a pastoral situation, a civic enterprise…”

When Clare came to the sign of Francis, she was a young woman who recognized that what the friars were trying to do was help ordinary people understand the meaning of the gospel. We can take that for granted because we’re a literate society. The people of their society were not literate. And so they had no tool by which to understand the very words of the gospel. And that’s what Francis was giving; was preaching short, practical sermons. That helped “Oh, is that what Jesus said? Did we know that? No, we did not know that.”

Clare was very attracted to that. And she chose to enter in with the brothers, but of course to avoid any scandal or sense of misdeeds, she took up residence in a small, abandoned monastery that the Benedictines had used for years, and other women joined her, and in the very beginning, she and those women most likely helped by being a place where people could bring the sick. There was a hospice there. Little by little the church insisted on more and more enclosure or cloister for those sisters, and as a result, only a little later did women who wanted to remain totally available to nurse the sick, care for orphans, et cetera, form other kinds of sisterhoods.

But from the beginning, Clare clearly was a person whose life of prayer and contemplation was like a North Star for Francis. And when he had certain decisions to make, he would send a messenger to her, to pray. And in the beginnings of her coming in to join the Franciscans and the first sisters, he was mostly here in Italy, and so there were times when he would come and they would confer. In later years he was traveling, to the holy land, the friars were moving out across Europe, but in his very last years, he was very ill and they brought him back to Clare to be nursed. And it was during that time that she was trying to help him recover his physical strength, that he wrote his beautiful Canticle of the Sun. So many people think of that as one of the beautiful results of her being able to rejoin him in a way, to share the dreams that they had for peace, and for bringing the gospel. It’s not the joyous song of someone tripping through the fields; he had an eye disease that made it painful for him to look at the sun. And so at that point he was writing, but that writing, as you know, brings together all the elements of nature, and puts them in the context of it — we with nature, praise God.

Right! And maybe one of the ironies, Charles, is Francis is identified with joy, simplicity, poetry, music, but the theme throughout his life is the cross. His religious conversion begins with the message from the cross and taking care of suffering lepers. And Saint Bonaventure, in his Life of Francis, has a beautiful passage where he outlines seven visions of the cross, up to the point where Francis receives the stigmata on Mt. La Verna. In fact, tomorrow is the day that commemorates his reception of the stigmata of Jesus. Tomorrow is that feast, September 17th.

I would say that we’re seeing, I think, today, the flowering of new ways for people to network and come together. And if we didn’t understand that before the pandemic, we certainly understand it now. Because the pandemic forced all of us to combine — interface with one another in a physical space to interface in a virtual space. And I think some of the most important activities that are going to emerge now will be in the hands of people who have a vision but also are accompanied by people who have the technical expertise to be able to amplify that vision as much as possible.

So, one example would be a group, and I confess I don’t know very much about them, but I am fascinated. There is a movement called the Economy of Francis, that is developing very strongly here in Europe, but there is also a small American counterpart, and it comes out of one of the lay communities here in Europe, the Focolare, who were founded by Chiara Lubich, and they are looking with young people who are coming out of schools of business, out of universities, “What is a just economy?” And it’s not simply, you know, sitting there and wringing their hands about the one percent versus everybody else; it’s truly looking at how are systems created? How are laws created? How do the kinds of violations that continue to enrich some and impoverish others, allowed to continue? And so you’ve got a generation of young people, bringing academic and professional expertise to bear on the moral question — but inspired by Francis.

One of the major challenges and opportunities we have today in the field of education is to produce new generations of younger women and men who were born in this culture — you know, they were born with a joystick in their hands, or a mouse — to become the entrepreneurs who forge a path of using this technology for the common good. Because we can’t hope to overcome the malevolent use of it which we see all around us without sharing the expertise and understanding how to mount a significant challenge and create the alternatives.

I think we stand in the danger of being so frightened by the excesses that we back away and become luddites, if you will — instead of entering into the fray and saying “How can we create a solution that will be more attractive to people of goodwill?” And I think that’s a religious challenge. Just as, you know, when there was no one to care for the poor, sick, religious congregations arose. We need a religious congregation of communicators.

Ever so many members of this younger generation have found incredible ways to advance ideas and help for a cause, you know, a mission in Africa, or a poor school in Peru or something like that. Using social media in order to do that, and so that gives me great hope, because I think there are younger (and not so young) people trying to do this even as we speak.

Right. And one of the very interesting things about Francis in his time, was that he was literate. He could read and write. In the Basilica of St. Francis, which is behind me, there is a tiny parchment on which he wrote a blessing. Now, that, in Assisi, in the 13th Century, to be able to read and write, was like being Steve Jobs. You know, people could not do that. And he was conscious of the fact that he had that skill, and he literally instructed his companions to make copies of his letters and distribute them, because that was the means by which people would know what was being said. There was a rise at that time of people who would gather around someone who could read, and say “What does the text say?”

I like to look at that and say he understood the power that he had to do something the rest of the culture was not adept in. And use that to bring the gospel to people who were looking for a means of becoming themselves knowledgeable about who was Jesus. 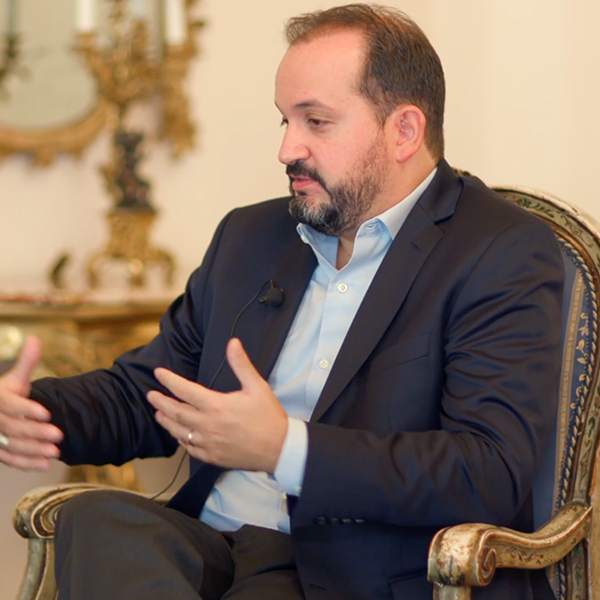 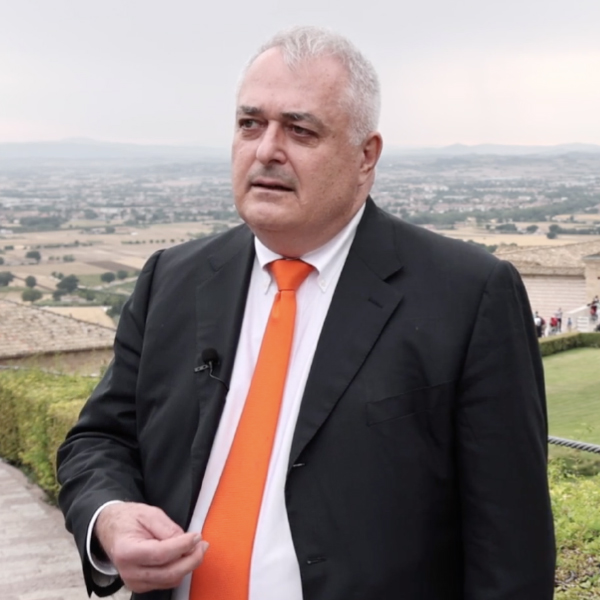 Origins of the Foundation